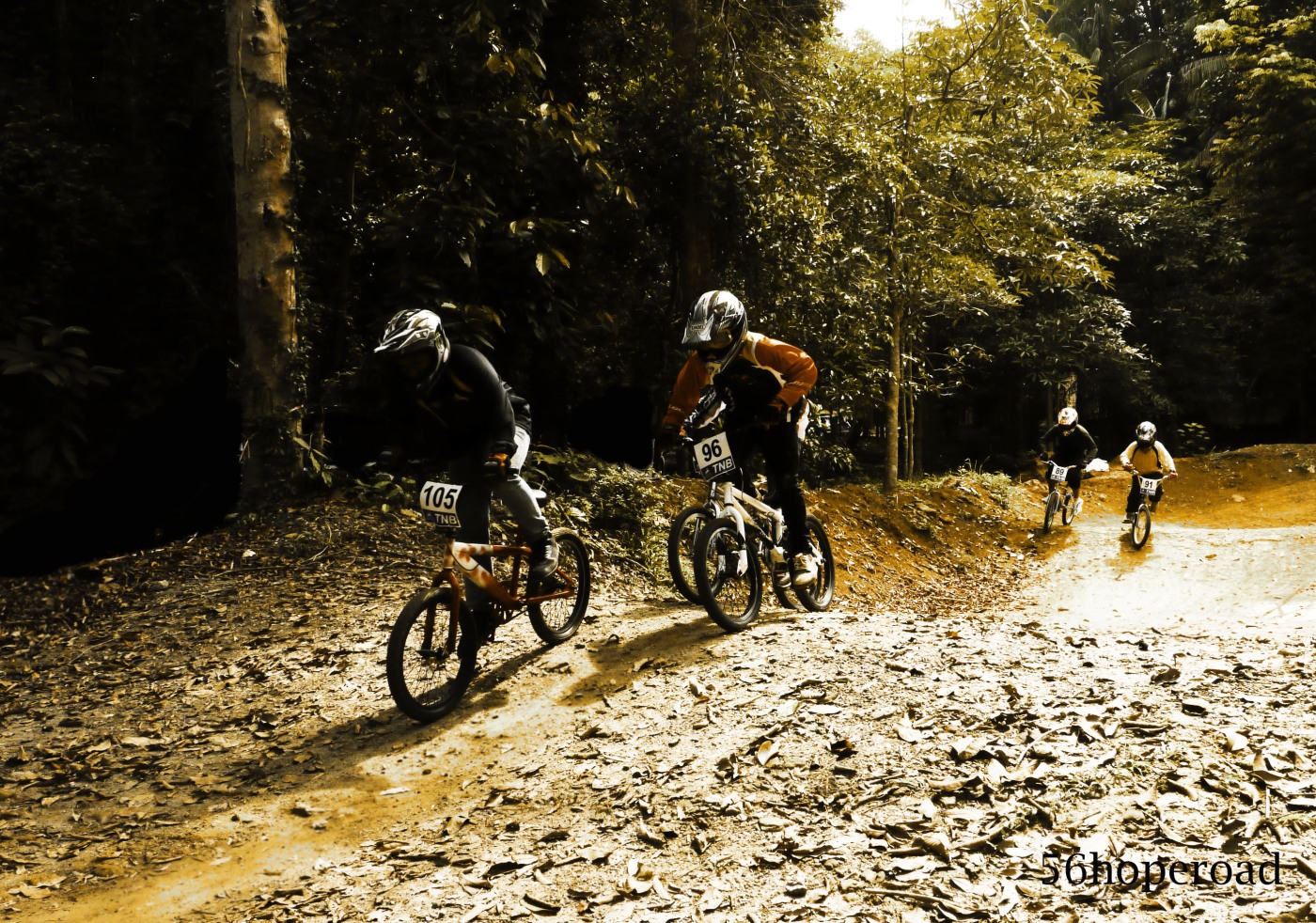 I had the opportunity once again to watch a BMX supercross race recently. The 3rd circuit of the 3 series event organized by the Malaysian National Cycling Federation (MNCF) was held at Taman Botanikal Ayer Keroh Melaka. The participant response towards this event has increased ; more participants and new faces each circuit. A slight overcast in the morning but luckily the Melaka heat and sunshine took on after the individual time trial started. There were 3 categories contested ; Men’s Open, Women’s Open and Men’s Junior Open.

There were also participants from Indonesia, Singapore – Precision Cycling Team and Kazakhstan. All eyes were on national cyclist Rizal Tisin and Muhammad Elmi Jumari, and Muhammadd Aim  Mohd Fauzi from Pahang – who all showed consistency in their performance throughout the previous 2 series. Rizal Tisin, a silver medal medalist at the recent Commonwealth Games in India, the first of Malaysian track cycling, made his first BMX Supercross appearance at the second circuit of this BMX Championship, coming in 4th with the time of 43.968 seconds behind Mohd Aim Mohd Fauzi  who recorded a time of 40.934s followed by Norshahriel Haizat Mohd Nazali (42.030s) and Muhammad Elmi Jumari (42.803s). At the 3rd circuit, Rizal came in 4th for the overall Men’s Open. Kudos to the Malaysian National Cycling Federation for initiating and organizing the first National BMX Championship. Let’s look forward to more events and development programs for BMX. BMX for all, fair game for all.