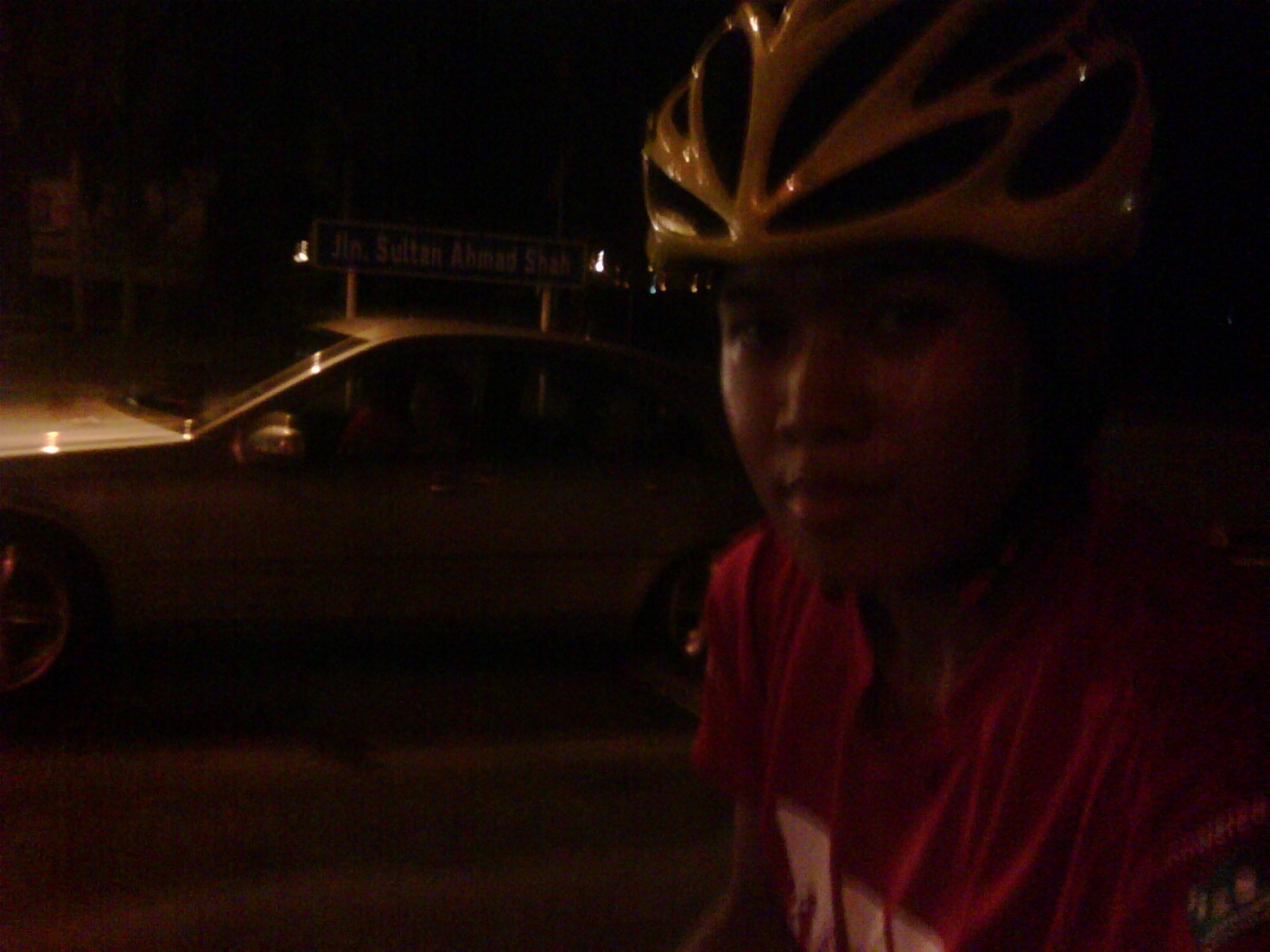 I woke up feeling all good this morning. Cool and fresh air, so chilly I laid down, feeling ‘No way I’m getting out of this bed !’. It is a bliss to be getting a good sleep, and a bless to be waking up to a beautiful morning here in the East Coast, that I texted a few friends up north in Perlis, Klang Valley and down in Johor. And among the responses that came ; ‘Tapi kena bangun jugak cz berkidmat utk negara . — Takpe tidur itu merupakan terapi, ia nikmat dari Allah untuk kita semua.– Selamat orang dah (sampai di) tempat kerja. Tido le puas-puas. Bangun di pagi2 lepas tuh semula baru (lah) sihat . Baru katakan ironady’ đź™‚ Thank you dear friends for the positive respond !’

I did a run-bike-run-bike-run brick last night. ALONE. Weather in the east coast (I am in Kuantan at the moment) is unpredictable. On the days I need a key training session, it’ll rain causing me to delay start my training, and causing a few friends to cancel/can’t join me. Ended up training solo last night. YES it took some guts for this lady to be running and cycling alone, at night, in a town where the population of multisports athletes is smaller, compared to KL.

Well, she had to do what she had to do.. not as if I am not used to run or cycle alone. Just that this time around its in a place here I don’t normally train(for duathlon & triathlon) and unsure of the safety aspects , be it the road condition or human elements. We take things for granted when we are moving in aÂ large group and when we are in our comfort zone.Â  Don’t we..? Â I actually decided to change to a longer T (nasib baik bawak extra) and run in my knee length track pants instead of my cycling tights. Had my phone with me and blasted Chris Cornell, Agnes Monica, Queen, and a few reggae tunes just to keep me company and my mind off from the risk that I was taking. Even updated some friends, JUST IN CASE, ya never know right…that I ‘ll be training solo. It was all worth it as it took away my frustration of not being able to train efficiently the past few weeks leading to Powerman.

Anyways, going back to the title of this post. My ‘good’ morning was halted after receving a call from a friend, informing that one of my multisports friends was involved in a hit-and-run, last night. And he was cycling ALONE. damn…. Internal bleeding in the head and a fractured collar bone. Poor guy was on his way to Putrajaya also for a brick session with his training buddies, preparing for Powerman this weekend. I was told that he got hit by a KLIA limo. Driver fled the scene after an ambulance arrived.Â  My friend was taken to the Putrajaya hospital only to be transferred to GHKL (General Hospital Kuala Lumpur) as there wasn’t any neurosurgeons available at Putrajaya Hospital.

Esmen, be strong and I wish you a speedy recovery. We are with you ok. Suye, take care of him ok, and you be strong too dear ! đź™‚ insyaAllah when I’m back in KL,will drop by to see you guys.

A little bit about Esmen, I got to know him and Suye his wife (Elicia Sue) 3- 4 years back when they got their first bike, and we used to train in Putrajaya.Â  An inspiring couple as they train and go for races together.Â  In fact , both have completed their 1st Ironman this year in Langkawi. They are both active members of Tripaku, a tri group, along with Fadhli Khairon (Lee Rodalink), Zabil, Ajak, Faisal , Akey etc. To Esmen. For those who are reading this and wish to contribute some donation for Esmen, kindly contact Lee Rodalink (Fadhli Khairon) at fadhlikhairon [ @ ] yahoo [ . ] com or direct through his mobileÂ  012 – 272 3185. Thank you in advance to all of you who are contributing.

1.51pm , 11.11.2010 – I got the news that Esmenn is concious, and can recognize his family members and friends. Shakhir, Azmar, Jaja, Azahari , Fadil were among those who visited him this afternoon. Got the info that his bike is in a terrible condition, his helmet is in pieces, bike spoke all broken and twisted. But most importantly, Esmenn is safe, except for the bleeding in his head. He went through an operation from 5-8am this morning to remove the blood clot in his brain (which part exactly, i do not know..)..

The taxi which hit him had both front and read screen shattered, and front part of the vehicle dented due to the impact. Taxi driver didn’t admit that he was wrong, and said he hit the divider… Driver was not detained.. (hummm..)… ok, will update if i get anymore news ok..mean time, lets pray for Esmenn, and his family. Thank you all. Amen.