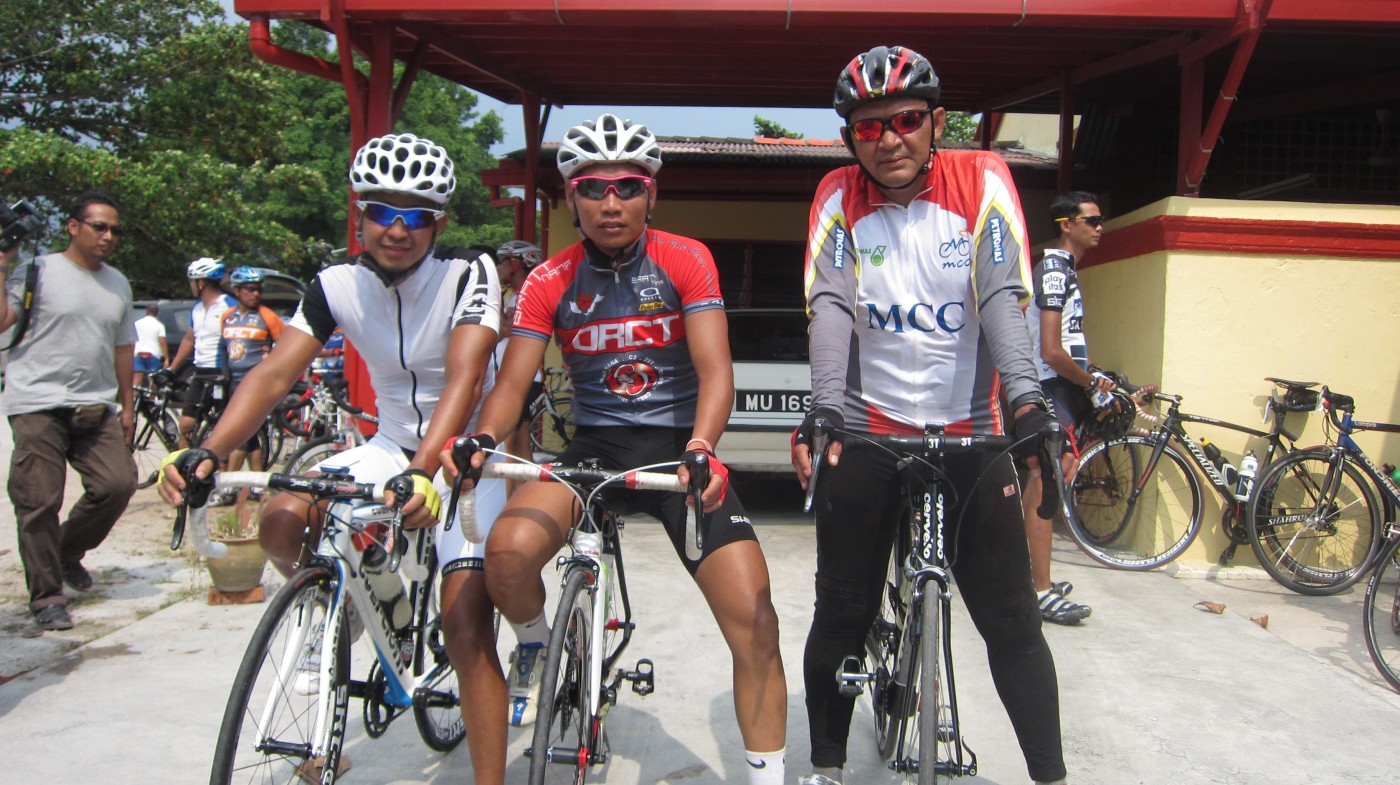 Will make this a quick one. oH dear..! Completed my first charity ride last weekend at the Make A Difference Difference (MAD) Charity Ride. Start venue on the first day was at Tropicana Golf Resort, and the ride was around 180km +/- before we stopped for a night break at A Famosa Golf Resort. Second day, rode another 170km to Kluang. I want to write more, in detail, and at least describe my journey with 139 other cyclists, most of them I met for the first time during the ride. Believe me, 350km is primarily a mind game, or rather distance as there were a couple of cyclists who just got their bikes 2 weeks ago A.K.A. just started cycling. As for myself, I can count with 1 hand how many times I’ve done any long rides 180km and above. Quickie ; first 1 was with Steve, my IM buddy, who cycled 180km with me from Karak to Kuantan ; part of my Langkawi debut training. Second time was… in Langkawi itself in Feb 2009. and..uhmm, the 3rd time was last Saturday.. wahaha.. doable.. tapi (but) the post ride recovery takes a few days.. , and lots of guts to go for a sports massage. haha.. i was squealing in pain ..!

Anyways, I can’t write any longer at the moment. I have been busy since last Sunday after the ride. Had to rush back to KL, and the next day had to pack and leave for a 2 months assignment out of KL. In the East Coast to be exact. And the weather here (or even in KL) is not permitting !!! Quite frustrating as I have not been training these past few days. Yesterday was planning to run and do a full body stretch after work only to find heavy gloomy clouds on the way back. Still, had an early dinner and planned to run at 9pm; while waiting for the rain to stop.. 9pm called my friend who was suppose to accompany me to run , no answer !! Yikes.. Knowing myself, I would never risk running/cycling alone, especially at night ! Another friend agreed to accompany me run, but he said he’ll just go on the motorbike coz dah malas (lazy) to run so late. Anyways, the next thing I knew it was already 4.30am… dangg !!!! I missed my run !!! and obviously in trouble !!! looked at my phone a saw a few miss call, and one disappointed SMS from my friend..

Again, I was thinking to myself, my passion in sports can just be like work .. when it becomes too routine, or when you become too serious in it, it can in the end turn to be a rat race ! I was ,..I mean AM frustrated with myself at the moment for the lack of training, and on top of that making my friend agree to accompany me, and waited for a person who didn’t turn up..! Terlelap in the cool weather yo !! (I slept …!).. Anyways, I wish I can write more.. *sighh*.. Tomorrow morning I am off to Port Dickson for Team Building which I helped organized, with the company.. 2 days!! Let’s see if I can slot in time for training…Powerman is just round the corner..!!! Rat race in a rat race.. [I’ll go through this , I can !!].

PHOTOS FROM THE RIDE AVAILABLE HERE

Latest photos of missjewelz posing at work..hahah…. (and not from the ride)

ok, signing off from the East Coast.. will be back in KL later.