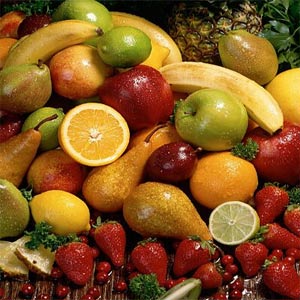 Greetings. I am getting fed up of people asking me why I don’t this race, or that race? It’s a CHOICE. As simple as that. There are plenty of races in Malaysia (and in the world) all year round, every month, every week, name the distance, name the discipline.Whether its road race, off road running, mountain climbing, cycling, mountain biking, adventure race, swimathon, ultra distances, duathlon, triathlon. Just plenty !

A wise athlete or sports person would pick their races carefully. Several questions and thoughts one should ask thyself before selecting races to register :

2. Will I have more important commitment and priorities in weeks/months leading to the race? If yes, will it affect my training ?

3. Would I be able to balance and handle them? Enough budget for transport/accommodation ?

4. Are there any other races  which clashes which this event? If yes, which 1 to choose ? I’ve 4 weeks to go, so will it be the 160km mountain off road ride or the 10k event? and my fitness is so-so ?

5. Will I treat this race as training? It’s a 10k race (for example) a perfect build up for the 15k the following week. Or, its a half Ironman distance, just perfect for my Ironman prep !

6. Will I have enough time to recover before my next race ? I.e. Full marathon on this date, and century ride the week after.. would I do both ? Pick just one?  But i want to do both because I’ve promised my friends yadda yadda ya…

7. I suck at open water swim. In fact never did an open water swim. Port Dickson Triathlon is a few weeks more. My friends said triathlon is easy. Maybe I should gamble it ? or not..? I won’t risk my safety and life. Oh well, I will take these few months to brush up my swim and water confidence and perhaps join my friends who will be doing open water swim training.

8. Should I do the Setia Eco half this weekend? I haven’t ran for ages. But i have registered. But tadi just got an invitation from a friend for a short run this Saturday. I won’t miss anything if I skip Setia. There are like..a lot of races more this year, and every year !

9. My ankle and knee is busted. Next week is that Nuang race. Prize money top 10. Humm..belasah je lah. I won’t have many competitors in my category. Might as well go… or..not.. I need these two precious gems pair of joints for future races. Won’t risk it. Tahun depan (next year) I will come back stronger !!!

10. I’ve my training kakis(training partners) who will be doing the same race. All with different level of fitness. Maybe I should join them to gear up for this race. 🙂 I have enough time to brush up my base and train for this one.  Why not? I won’t be pushing too hard or take it too easy. Better prepared than go for a race than with zilch training.

11. Why don’t I go for some races ? i build up towards my race distance. if going for a longer distance which I am not particularly ready, I can aim to treat it as a training run and not full throttle it. But I won’t do them just to ‘show’ everyone that I am doing the race. What more to brag about it.  Nothing wrong with not doing em. It is a choice. A wise choice. I won’t be ashamed to go on a slower pace because I have plans for myself.  I won’t be ashamed to pick shorter distance because (i.e.) I know my current fitness level and my capability. Experiment different distances. And I don’t want to experience that moment where I tell myself  “Oh…I should have….yadda yadda yadda.. and havent yadda..yadda..”

12.Then when and why I should go for it ? When you have NO reasons NOT to and that you have came to that decision that it is time for you to do it ! However you come to the conclusion, its your choice.

So you see, the list goes on and on. I am writing this generally so as to share with all of you (hey seriously no offense to anybody aight) how choosing  and selecting a race is important. It is as important as training for it. It is an unhealthy trend (also an unfair one) to look and perceive everyone as having the same fitness level or racing ideas as you. You do not know when that person might even get demotivated just because of 1 question which we so ignorantly favour, that is asking them, “..hey why are you not taking part in this race?”  There are plenty of ways you can ask it a more subtle manner (speaking of pscyhology), or even approach the topic without even mentioning it i.e. “hey,I’m doing this short run Tuesday night, do you want to join ?”

LOL. It’s like preaching (this I learnt). You don’t scare away people. You don’t offend people. You don’t want them to run away with heavy philosophies and techniques (or even terms). I’ve seen people turned off by these gestures no matter how innocent and sincere you meant them. What you gotta do is attract them to the sports that you love, not by asking them your beginner friends (in case they’re newbies ) to join the century ride, but maybe a 20k easy ride. Or a 5k run which you plan to take as a recovery run after that (fuyyoh penatnye..) 26km hilly course last weekend. If you’re ignorant, you would be suggesting them (or even yourself) to the extreme without thinking in a holistic manner the pros and cons.

Let me put it more bluntly here : asking for a total beginner (or even not-so-total one…) to do that Olympic Distance triathlon happening in 3 weeks time when he or she don’t even know how to swim ! Dude, what’s the rush. I would rather be given more time to do a revision than to sit for a quiz or exam which I am not prepared for. Even with a seasoned athlete, don’t expect them to take part in every single race that you do. Read para 1 -12 again if you don’t get my point. It is a choice ! 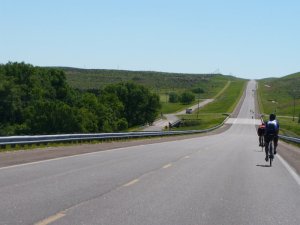 I Believe in Graduality but I Don’t Forget to Have  Some Fun Too !

A personal experience : I wouldn’t have done Ironman last year without the proper training and conditioning for that kind of distance. I did my first sprint triathlon races in 2007, upgraded to OD in 2008 , half Ironman , and Ironman the year after. Same approach applied when doing shorter distance races , road races , duathlon etc. You want to become a better athlete, select and train wisely. Don’t forget to train hard and smart too. Vary your distances, vary the type of races you go too. Yuan Yu Fang who is our national walker (she took part in Beijing Olympics 2008)  also take part in various races such as the KL Marathon, and the KL Tower.

Heard of this thing called cross-training ? Yeah, that’s one thing that can help better your performance. Different group of muscles are recruited to perform these various workouts. Long run, a physically (and hopefully) a better you ! 🙂

And hey, if you decided to slow it down for the races, no harm  too ! And if you have a certain personal goal that you need to achieve, go for it. Whether you choose to brag it off or keep it silent but focus on your training, so be it. As I said, its your choice. And I hope we will respect the choice of others too.

I thought I would never share it here on this blog.. Or maybe I have..Tak ingat ! (don’t remember..) When I did Ironman last year, it was a personal quest. And when I do it again, it’ll also be a personal quest. I don’t remember bragging about them in my blog, or to my friends. I thought proving it to myself  first is utterly more important than announcing it before the party even started, what more putting over the top expectations on myself. Ironman was a race against myself which I will use to motivate myself over and over ,that I CAN. Most importantly is that I have prepared well for it, no injury during that period, race smart and never push it too early. And not forgetting to feel and enjoy the race (even though some friends have mentioned that I sometimes look too serious when racing. my bad! will try to improve). But hey, Ironman fotos by all the hardworking photographers which were emailed and posted were mostly smiling ones.  🙂 or scary ones !

I respect each person as an individual, and I respect your preferences and ideas on approaching sports. This is mine and I am very glad to have shared it with all of you.

So, have a life with your sports 🙂 don’t let your training and races take life away from you. Live it up. Lit it up. 🙂  Smile, chill , cruise and don’t forget to do your homework. 🙂

Some technical spot on advice for all of ya training and racing your next and future events :

Don’t try to “push through pain” if you suspect that you have an injury.

This will magnify the damage

12 thoughts on “In case you forgot this thing called CHOICE”