I wrote a posting around 3 hours before 2010 but it was never published, thanks to my Iphone WordPress editor..  And I don’t think I can exactly recall what I wrote in there to re-write it here. But anyways, its 1.45pm , 5th Jan 2010.. I have a class after this. Had an early lunch , and just finished a mid-day Oreo binging session..yeap, on my own.. hahha..no one to stop me .. i just can’t stop ! haha..macam OCPD .. I finally stopped after finishing nearly 85% of the packet !

I was in Singapore for the New Year. Didn’t exactly joined any countdown.. I was stuck on the phone with the hotel’s Customer Service, trying to fix the faulty wireless internet connection setting ! Again, OCPD..tak boleh nak stop until i get it fixed ! hahaha… I was in the room with my sister who was already sleeping. . I finally got the internet fixed after an hour thanks to some patience.. huhuh.. New Year is a good time to spend some time with the family. Holidaying a bit. Makan, chill, some shopping (tak banyak..)..

Its already 2010.. other than this being a new year, everything else for me remains the same except for some NY resolutions 🙂 and I’m getting fed up with the Malaysians who simply can’t stop politicizing every issue possible..  to me we should just turn our deaf ears on, to these meaningless buzz. There’s nothing to buzz, and still you get the buzz…Buzzz….. annoying  innit?  No facts, no appreciation of facts, and yet still bising-bising. As if more drama will earn them more stars and ratings.. Too much melatah.. no good..

I don’t normally talk politics eventhough I do observe and learn from them.. No brainers talk more then em brainers. You can talk if you got the facts and knowledge right. If not, give way to some peace and have a  life ! 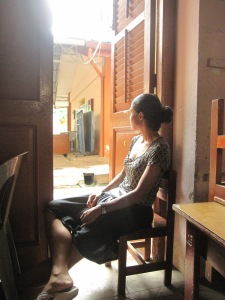 Not resisting daughters' powder&water&paint brush mode today. Not resisting.. they are just repeating what mummy enjoyed doing 30 years ago ! #kids @adventuresofkikiandmimi
Al Kisah Makcik Kiah
There are certainly many ways to kill the boredom which is starting to grow as we are in MCO (movement control order) or lockup amidst Covid-19. . . I have compiled some ideas to keep boredom at bay to assist the mind being at ease and alive. The body needs it ! Do check them out and feel free to share ! . . Link and download available in bio. . Thanks ! . #mentalhealth #movement #body #covid19 #sharingiscaring #stayathome #coronavirus #whattododuringlockdown #lockdown #quarantine #whattodowhenbored