I was doing my physio with Shiau Yee (my physiotherapist), when the aunty  next to me (who was also doing her physio) said to Shiau Yee while pointing at me, ‘Look at her, she’s so muscular’. And then  looking at my arms, the aunty asked, ‘Is that muscle or swollen?’

Hahaah..nak gelak to the compliment pon yek , nak senyum pun ya.. hahaha..burst out a good polite laugh. Shiau Yee said, ‘She is muscular!’ Shiau Yee pandai2 je buat opening ayat to tell the aunty that I do Ironman, but then I just kept quiet. I don’t want the aunty to get any wrong perceptions of my mental state. Remember, while some things are constant and fixed in life, other things are mostly, relative. That’s why she couldn’t tell between my muscles and a swollen one. 🙂 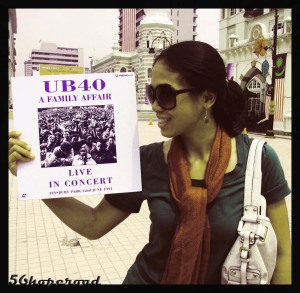 Had a long day today. Class in the morning, a quick lunch, class, then rushed for physio, then   to the stadium for training with some friends who are doing the Pacesetters 30k next month.  They’re attempting the 10k event. Today’s menu was stretching and strengthening. Was there to help. Showed them how to do proper stretching and some core exercises. The fun 1 was the wind shield wiper core exercise. Terketar tangan budak2 tuh !!! 😛 Nasib baik coach tak yah buat..hihihi…